Training must have its ’stories’ …. name one?

I started sailing in 1979 on a 14ft Hobie cat which we picked up unintentionally from someone who gave it to us in lieu of a debt owed. Not knowing anything about sailing we took it out in mid-winter to the nearest dam and launched in a howling gale wearing only woollen jumpers for protection from the element.

With the jib cleated on the windward side of the boat we struggled to a point some 400m from the shore where we managed to turn it unceremoniously over ending up in the freezing water!

Fortunately some kind soul on shore launched his runabout and came to the rescue.

From there we gradually mastered the yacht and had a huge amount of fun sailing in the surf at various locations around the South African coast until leaving the country in 1997 when we passed the boat on to a friend who ultimately gifted it to the local sea Scout group.

I hear you have a passion for photography and other things? tell us about that?

In “real life” I could best be described as semi-retired, contracting in the field of Construction Project Management. I also own business’ training staff in the retail Industry and a niche photographic business specialising in 360 degree photography.

Tell us about your involvement with the coastguard?

An article in the North Shore Times in late 2001 resulted in me volunteering for the local Coastguard where I remain active as Skipper and Regional Search & Rescue Trainer after almost 20 years!

For the past 10-12 years I have been facilitating all the Coastguard Boating programmes and, at last count, had well over 1000 students through my classes!

What do you do in your spare time?

Windsurfing became the family sport shortly after arriving in New Zealand with the family members achieving various levels of proficiency.

You’re originally from South Africa? Tell us about your journey to arrive in NZ?

A spell of a few years setting up the operations for a local boatbuilder resulted in my involvement in yachting – starting out as crew for Rum Racing and the Coastal Classic before progressing to a trans Tasman trip and a lot of sailing in Malaysia and Thailand including a trip up the Malacca Straits on a 40ft Catamaran. 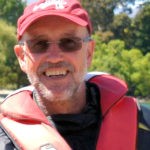